Throughout Elizabeth Bishop’s many travels, New York remained a natural hub for her to return to. The city became her temporary “home” at various times throughout her life. Nevertheless, Elizabeth Bishop had a complicated relationship with the city that both inspired and tormented her in equal measure. After graduating from Vassar, Bishop saw New York as a threatening yet thriving literary scene; for an aspiring writer, it was the place to be. Her relationship with mentor poet, Marianne Moore, drew her to the city in the 1930s, and Moore’s influence on the young Bishop in the city was considerable. New York became the setting for many of Bishop’s poems, and her life in the city inspired many others. The ambitious poet was ultimately able to fully break onto the literary scene with the help of The New Yorker, which published her work from 1940 through the end of her life . However, Bishop often viewed New York as a dark, threatening environment, and she was rarely healthy living in the city. She suffered from severe asthma, chronic depression, and alcoholism, all exacerbated by the stresses of living in this urban environment. In the end, Bishop’s relationship with the city was paradoxical: her time in New York both made her and marred her. The city nurtured her as a poet but destroyed her mentally and emotionally. In the following pages, you can explore the many sides of Bishop’s relationship with the city.

Elizabeth Bishop and The New Yorker

“I sort of see you surrounded with fine-tooth combs, sandpaper, nail files, pots of varnish, etc.—with heaps of used commas and semicolons handy, and little useless phrases taken out of their contexts and dying all over the floor” (Bishop, in response to her friend, Pearl Kazin, securing a job at The New Yorker, 1953) (quoted in Elizabeth Bishop and The New Yorker)

From 1940-1979, as Bishop resided off and on in New York and endured her share of tragedy in the city, she nevertheless found a sense of home at The New Yorker, the magazine that would publish most of her well-known poems over these four decades. Dwight Garner of the New York Times noted: “She helped define what a New Yorker poem, in the best sense of that phrase, was. She was their gold standard. In turn the magazine helped define her.” Bishop found admiring and critical editors in Charles Pearce, Katharine White, and Howard Moss. She corresponded with them regularly about the ideas behind her poetry and also about her travels and experiences (EB and the NYer vii). In 1946, Bishop signed a first-reading “agreement” with the magazine (for her poetry, fiction, and travel essays). This would contractually require Bishop to send her material to The New Yorker before sending it anywhere else but, in turn, paid her handsomely. This agreement between Bishop and the magazine cemented their relationship (EB and the NYer xviii-xix). 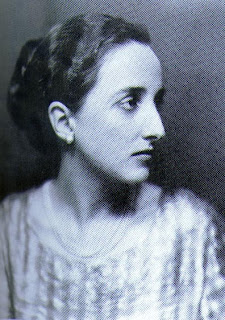 After publishing "Cirgue d’Hiver” in 1940, Bishop fully broke into the magazine with the help of editor Katharine White and the Houghton Mifflin Fellowship Bishop earned in 1944. White acted as a thoughtful, serious editor and sympathetic friend for Bishop throughout her life, and their correspondences are many. Bishop, though often a slow and pain-staking writer, was ultimately grateful for, as she claims, White’s “efforts to get me to ‘produce’” (quoted in EB and the NYer xvii). On hearing that White was leaving her post as editor at the magazine in 1955, Bishop replied: “I don’t know much about the workings of The New Yorker, nothing at all, really, but I do know it was wonderful to feel that there was someone there I knew and liked and who couldn’t have taken a kinder, or more personal, or more meticulous interest in everything I sent in” (quoted in EB and the NYer xvii). While Bishop traveled (at times aimlessly) and suffered through romantic relationships, White remained a supportive and stabilizing force in New York, encouraging Bishop’s writing.

the place of White. Moss had a keen editor’s eye, and Bishop was often impressed with his editorial suggestions. Although he was not as close a friend as White had been, their relationship was warm nonetheless, and he was a great fan of Bishop’s poetry. He used her as a model for young poets. In her introduction to Elizabeth Bishop and The New Yorker, Joelle Biele notes:

In thoughtful essay-reviews, he praised her indirect and sympathetic approach, her restraint, her lack of self-absorption. In reviewing Questions of Travel, Moss singled out her clear-eyed vision in addition to her intuitive sense of form and selection of detail. In one of the most astute comments about her poetry, he described her work as ‘revolutionary, not “experimental.”’ (xxxi)

Although Bishop was pleased with the money she was receiving from the magazine for her work, at times she felt confined by The New Yorker and its reputation. Many critics and readers in the 1950s, most notably Horace Gregory in his essay-review, “The Poetry of Suburbia,” began to see New Yorker writing as formulaic. As Biele notes, the magazine “featured bourgeois poets writing for bourgeois readers” (xxxiii). Others leveled criticisms at the magazine’s “light verse” (xxxiii). By 1960, Bishop decided not to renew her contract with The New Yorker, mainly because of the kind of association readers like Gregory had with the poetry and fiction of the magazine. She began to see the magazine’s material as bland, as noted in her comment to Pearl Kazin: “It is getting to be like reading a quilt—eating a quilt, I mean—full of starchy fillers and ‘enough water to properly prepare’ etc.” (quoted in EB and The NYer xxxvi). Bishop later went on to say (after several of Marianne Moore’s poems were rejected):

It has taken The New Yorker sadly long, I think, to discover that there is a real New-Yorker, New Yorker poet—just the kind of thing they must have dreamed of when they were younger and better—sophistication, wit, up-to-date,--and informed—all the New York qualities it seems to me they’ve been losing, themselves, lately. (quoted in EB and the NYer xxxvi)

She was also frustrated with the ads lining the margins of the magazine that were often at odds with the content of the black and white pages.

During the sixties, Bishop had an on-again-off-again relationship with The New Yorker. She broke with the magazine in 1960, she claimed, to write “more experimental poetry and prose” (EB and the NYer xxxix). This was after The New Yorker had been regularly rejecting some of her more controversial work. It was in the period after leaving the magazine that Bishop went on to write her final, perhaps most impressive, collection: Geography III. In 1967, Bishop contacted Moss to resume her contract, as she was interested in writing prose (especially reviews) for the magazine. During Bishop’s last twelve years with The New Yorker, she was more or less happy despite the frustrations of deadlines. She concluded a forty-year relationship with the magazine on good terms (EB and the NYer liv).

Posted by Cathy Schieffelin at 8:20 AM